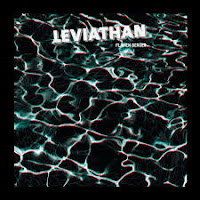 A great new clip by Flavien Berger for the track Bleu Sous Marin.

The video by Cosme Castro and Jeanne Frenkel was filmed in one take and was initially broadcast live on the youtube channel of the record company Pan European Recording.

It was broadcast live three times at the end of last month, and one of the takes was selected  to be the final video.

The track features on Flavien Berger's album Léviathan which was released in April  this year.